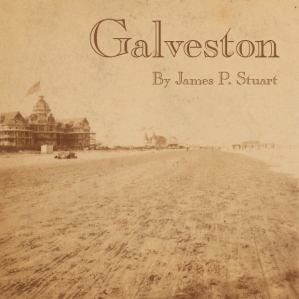 In the last week, Maggie has broken my favorite lamp, the vacuum cleaner and the mirror in the hallway that my grandmother gave us for our wedding. Although – now that I think about it – she broke the mirror when she flung her coffee mug at my head. So, I suppose I also have to count the mug among the fallen.

It wasn’t always this way – our first fight barely lasted five minutes because I couldn’t help falling in love with her small stomps and tiny balled fists. I wrapped her in my arms, kissed each of her red, tear-wet eyes, and we fell into bed for the rest of the afternoon until the fight was a joke and our bodies were dog-tired. That was a million years ago. Now, she has graduated from minor fits to full blown hurricanes and I’m not certain anything I value is going to survive.

Hearing this, I imagine it is easy to paint her like some sort of suburban monster – a nagging housewife with a habit of armed assault. But, for the most part, you’d be wrong. I’m the one to blame most of the time. I drink too much after work and let the lawn grow long and shaggy before throwing the neighbor kid a ten-spot to whip it back into shape. Occasionally, I forget to buy dish soap, and her flatware gets crusty and unusable while we wage a cold war to decide who will drive to the store. Hell, last year I even cheated on Mags with a woman from the bar who said I remind her of old pictures of Mickey Mantle. Can you blame me? The Mick, for Chrissake!

Maggie and I met at the beach of all places. Some would call that a minor miracle, because I hate the beach. Everything in the ocean is constantly trying to kill you or piss you off, and that’s the truth. In fact, I don’t think I’ve been back there since the afternoon I saw her walking along the water with a pack of friends, looking like heaven in a tight white bikini top and her hips wrapped in a blue and white towel. I was sitting on my ass with a six-pack, trying to keep sand out of places I won’t mention when she walked up and asked if I had a light. Boy, that was it for me – she even smoked my brand. We got to talking and before you know it, the afternoon, the evening and six years were gone. When I get to talking like this, people assume I don’t love her any more. That’s a version of the truth, I suppose. But, I never stopped being crazy about the woman on the beach.

Today when I got home, I found my collection of Louis L’amour westerns torn up on the floor while she was screaming bloody murder about the phone bill. That stung – I’d read every one of those books cover to cover about fifty times. I could feel another squall building up in my guts. My blood was fit to boil, and every bit of me wanted to walk to the door, start my pickup, and plow it right through the house with her strapped to the grill. Instead, I thought of the beach again.

The sun was starting to set when we pulled up, but it was hotter than hell. The breeze from the water felt good. It’d taken the better part of the drive to get her calmed down long enough to hear my apologies. Boy was she surprised to hear me eat crow like that. We popped the cork on a bottle of cheap champagne I picked up on the way down. The store didn’t have any glasses, so we passed the bottle back and forth and listened to the water break. The bubbles went to her head pretty quickly and the horseplay started up. It started with a little pinching and tickling. Maggie even kissed me a couple times – it’d been a while since she did that.

She found a sand shovel and a bucket some kid had left behind and began fiddling around trying to make a castle. I sat a few feet away and polished off the bottle. Anymore, the soft stuff doesn’t do much for me, but I had good fuzz going in the back of my head.

“Say, Mags, why don’t you let me bury you in the sand?” I said, moving over to join her by the castle.

She kept the little shovel and I took the bucket, and we expanded a little trench into a pretty good pit. The bucket was pretty big and before long, you could damn near stand up in there. She climbed down in, and I began to cover her in sand. The sand tickled her body and she giggled like I haven’t heard in years. When she was completely covered up to her neck, I teased her with a bunch of kisses on her face as she squirmed and laughed more.

“Hang tight for just a second, baby girl,” I said, “I just want to get the camera from the pickup.”

And do you know what, Officer? I’ll be damned if I didn’t forget what time the tide comes in.