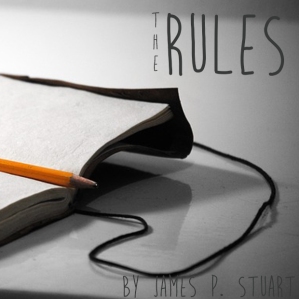 Kendrick Schwartz reaches for the salt in an attempt to salvage his cheese sandwich.

The shaker is shaped like a fat, pink pig and has holes running along its back – two rows of six, making twelve altogether. Its face is painted with a large smile, which is strange for a creature that has been punctured a dozen times and filled with salt. Kendrick once read a book about the Egyptians in which it was explained that Pharaohs were also stuffed with salt, but not until after they were dead – long after smiling would have occurred to them.

He puts the salt shaker back where he found it – in the wrought iron table caddy decorated with metal grapevines – and fishes in his back pocket for his notebook. Page thirty-four is simply titled “Food,” and is filled to the brim with bright, blue pen. He finds an empty space along the margin, and neatly prints, “#65 – Never, under any circumstances, are We to add salt to our lunch. (Mummies)” This he considers for a moment, before scrawling an uneven arrow underneath it and adding, “Special exceptions for popcorn and soup.” He blows on the page to dry the ink while making a quick review of his established rules. The first, written hastily under the title, reads, “We do not, under any circumstances, order sushi. Unless of course it is thoroughly cooked, in which case it is no longer sushi; ergo, We do not order sushi.” A few rows down, there is a bulleted list of the super markets that do not play thunderstorm noises (Cross-reference, Ambiance, Rule #12) when they mist their produce. Kendrick had once been left unattended in a thunderstorm, and would prefer not to be reminded of the experience while selecting carrots of less than 7 inches, with no soil residue (Food, Rule #23).

He closes the notebook and stuffs it back into his jeans, before taking another slow bite of his sandwich. It tastes like cotton balls or perhaps dryer lint which has not had the benefit of Sugarman’s Premium Fabric Softener (Products, #4).

Across the diner, Samantha is making the rounds, checking on tables and refilling Iced Teas. Her uniform is the kind of orange you get when you run a yellow marker across a patch of brown without lifting your hand, and it makes Kendrick’s stomach feel like radio static. Her long hair, which he loves, is bunched up in a lump on top of her head, and her face is red from the heat. Her prowl leads her closer and closer to his booth before she plops down on the bench next to him.

“How’s that sandwich, Kenny?” his sister beams, “I made sure they opened a brand new package of cheese, just for you.”

“It tastes like cotton balls or perhaps dryer lint which has not had the benefit of Sugarman’s Premium Fabric Softener.”

“Kenny! That’s a terrible thing to say! Terry put extra special effort into making that for you.”

“No he didn’t,” says Kendrick, “Terry hates me because I said his Reuben isn’t a Reuben because he uses Ranch Dressing instead of Thousand Island dressing.”

She sighed, and tucks a piece of hair that had fallen over her glasses behind her ear.

“Terry doesn’t hate you, Kenny. You’re our number one customer.”

“Well, I pay for your food. That makes you a customer. Right?”

“No, that makes me a freeloader.”

Samantha doesn’t argue his point, but smiles like the salt shaker. She reaches across his body and grabs his Diet Cherry Coke, before taking a long gulp. Her lipstick leaves red zebra stripes on the plastic straw. Before he can ask, she pulls a new paper-wrapped straw from her apron and leaves it on the table next to his fork. He looks up from his plate in time to see her slide out of the booth and resume her patrol. He peels open the straw and wads the paper wrapper into a tight ball. He jams it into the lipstick straw like a spitwad before throwing both on the floor under the table. Again, he reaches for his notebook, arching his back to lift his left butt cheek off the bench.  There are only five blank pages left to be filled; it is nearly time to order a new one from the store in Indiana. He titles the new page “Freeloading.”

#1 – Never, under any circumstances, are We to freeload from Samantha – especially in the case of bad cheese sandwiches that taste like cotton balls or perhaps dryer lint which has not had the benefit of Sugarman’s Premium Fabric Softener.