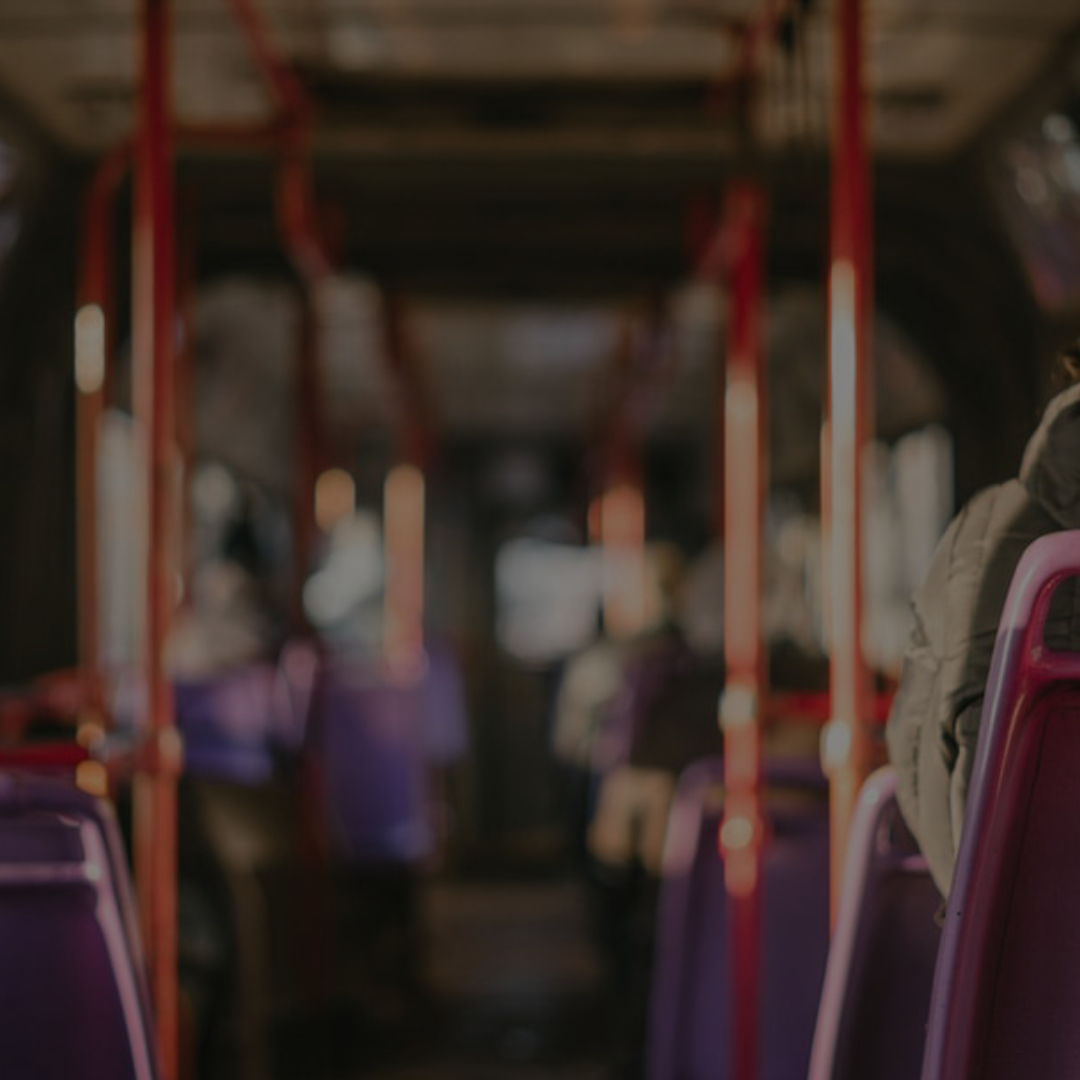 The woman was thinking of snakes even before the express bus arrived thirteen minutes late and knelt to the curb with the hissing of compressed air. Snakes had never been a specific fear of hers, but she shared in the universal dread of the creatures which permeates the most ancient part of our brains. She had never owned a snake, nor had she known anyone personally who did. She hadn’t seen one in the wild for many years, having confined herself to the streets and high rises of the city since the age of fourteen.

Still, she had been thinking of snakes – in particular, the shedding of skin – when the bus arrived. She passed three dollars into the bill slot and made her way to the eleventh row. There, she took her seat next to a clean-cut young man in a black hooded sweatshirt who was deeply lost in his phone. As she shifted in her seat to settle a fold in the back of her skirt, her shoulder pressed into the soft jersey of his sweatshirt and she caught a glimpse of the conversation on his screen.

It was nothing salacious, not yet. In fact, the young man had been hoping for much more when he hit send seven minutes prior. Typically, he was skilled at these games and caught a secret thrill each time he got the reaction he was after. The odd innuendo, the right series of questions, and soon he would have his foothold in the conversation. It was in this way he burrowed his way into the lives of women. Acquaintances, ex-girlfriends, coworkers, teammates, the wives of his friends – he did not discriminate. The stakes were relatively low, harmless even; he was careful with their secrets and was often helpful in his pursuit of knowledge. The knowing was all that mattered.

With persistence, cunning, and the patience of a saint, they would eventually tell him everything – their dreams, their desires, their lies, the places they like to be touched, the way their mother made them feel when she visited, their favorite recipes. He lived for this distinctly feminine information and he became essential to their day, as necessary as their coffee or the serum which promised to lift and tighten the skin around their eyes. Then, without fail, he would become bored of them and move on, leaving them to wonder who this person was to whom they had bared their soul.

The bus took a lazy left onto the onramp and strained to reach full speed. He fired off another volley of text messages to his most recent fascination – a woman twice his age from a local professional group. Her answers were clipped and narrowly focused, but his frustration was fleeting – the process was reliant on goodwill. Twice during the ride, he tucked the phone into the conjoined front pocket of his sweatshirt, determined to be done with the business entirely. Instead, curiosity got the better of him, and the game continued until the bus pulled into the transit station and he rose to his feet. He shuffled down the aisle toward the door and the phone chimed once more. In his hurry to answer, he fumbled the device and sent it sliding to the front of the bus. As he passed the phone back to the man, the driver snuck a glance at the last incoming message and a smile crept across his face.

Through the folding glass door, he watched as the young man crossed the parking lot blindly, his chin tucked against his chest as he typed furiously while he walked. The driver chuckled to himself, still shaking his head at somebody named Sarah who supposed she really would like to be choked someday. Unlike many people his age, the driver praised the ascendency of screens. They made his life easier in more ways than he could count. Schedules and delays were posted online daily, sparing him the monotonous indignity of answering the same questions all day. Riders disappeared into the cocooned comfort of headphones immediately upon boarding and sat quietly absorbed rather than arguing and chattering amongst one another. At the end of his shift, he was no longer forced to walk the aisles collecting armfuls of newspapers and magazines. Even a conservative estimation of the cumulative time this saved would prove significant.

His own phone – an already obsolete, prepaid clunker – hung from his waist on a clip and was used mostly to call his wife on her matching model. Still, he looked forward to his breaks, during which he scanned political message boards under an assumed name to verify his opinions and see them written out in the words of others. His favorite topics included immigration (against), the right to assemble (for), and the various merits of a decidedly less colorful society (publicly ambivalent, privately passionate). He signed his posts “CharonMyWaywardSon” as a clever nod to both his profession and home state. Unfortunately, his attempt at wit went unappreciated among the site’s regulars.

After the transit center, the bus was granted twenty-one miles of uninterrupted movement before stopping again. This stretch – the longest such stretch among all regional routes – allowed the driver to settle into quiet contemplation for up to an hour, depending on traffic. This day, traffic was light and he was granted only thirty-five minutes. Still, this was more than enough time to untangle the challenges faced by the Anglo-Saxon working class and land a few haymakers in his ongoing shadow bout with the forces of progressivism. By the time he spotted the huddled forms of his next crop of riders, he had acceptably silenced the imaginary voices of all his enemies, foreign and domestic. He was looking forward to reporting his achievements online in between bites of egg salad and Hawaiian barbeque chips – a reality only four stops away. The bus rumbled on and faces exchanged themselves in the long glass mirror above the windshield.

Much later, when the dust settled and the first victims were named by local media, investigators would search in vain for any connection – no matter how tenuous – between them. It was of little consequence to those in charge that all three had been approximately thirteen minutes late to their destinations on the day they were to die.