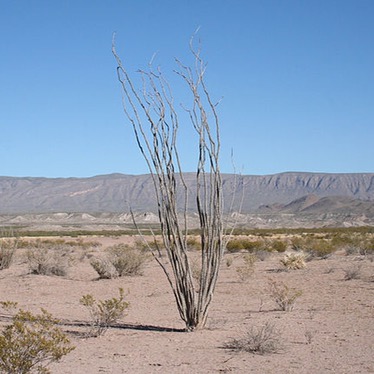 They hadn’t spoken since they left the hotel at dawn, a feat in itself considering they’d stopped twice between Shreveport and Abilene – once for breakfast and once for gasoline. Any kind of coordination or annoyance was voiced in grunts and pointing, like two passive aggressive Neanderthals making their way across the southern United States in a beater Honda. Even with every window down and the accelerator pegged at eighty-seven, the car was stuffy and every flat surface warm with midmorning Texas sunshine. With only weeks to go until Christmas, the state was still waging its war on comfort.

Francis had given up the wheel outside Fort Worth after a valiant stint of nearly four hours, during which her eyes had begun to water constantly from the dry air swirling from dropped window to dropped window. The rumbling hum that now ran up Jack’s leg from the accelerator filled him with purpose after hours of restless fidgeting in the passenger’s seat. The fuse protecting the cruise control was fried – a fact for which he was religiously thankful. His running tally of semi-trucks rolled into triple digits when she finally spoke. “We should hit El Paso at 5 o’clock. Do you want to stop there for the night?”

The sound of her voice startled him after so many hours of windswept silence, like a song whose melody he’d forgotten. He considered the question – he’d heard nothing good about El Paso, only lyrics in hokey country ballads and jokes about crossing the border. In his mind’s eye, the name of the place conjured up red dust and adobe. More likely, they would find asphalt and motels.

“I don’t care. Phoenix is only six hours past there. We could make it before midnight.”

She crossed her arms across her chest, covering the band logo on her shirt and tipping him off to the impending argument.

“I don’t want to drive again, and your mom isn’t expecting us until tomorrow. So unless you feel like doing twelve hours on your own, we need to stop in El Paso.”

He started to speak, but pump faked three times before settling into silence again. Every mile between them and Atlanta was another mile from the large, visible problems in their relationship. Another mile from the garbage can that held broken dishes, and the notebook she’d been logging her feelings in. From the bedroom they shared like cellmates, and the bank statements he shouldn’t have opened in the first place. Most importantly, it was distance from fucking Mark, who apparently gave the best backrubs. But his back would be useless by El Paso, and conceding the point could prove valuable in the coming days.

Off to the right, they passed a billboard for a law museum in Pecos. The vinyl printing was peeling in the dry wind, but bold yellow letters still popped in contrast. HANG ‘EM HIGH! THE TEXAS MUSEUM OF JUSTICE AND PUNISHMENT. 200 MILES AHEAD. Next to the lettering, a bug-eyed convict in a striped jumpsuit stared back at Jack with a limp noose around his neck. Strangely, he still sported an iron ball and chain around his left ankle, seeming to indicate his hanging was not going to be left to chance. He glanced over to see if she’d noticed, but she was busy examining the hang skins around the edges of each of her fingernails.

Another hour passed, and the sun climbed slightly higher in the sky. He gave up counting the semis they passed, admitting to himself that the number was likely higher than he or anyone of sound mind could begin to comprehend. Every twenty miles, they would pass another billboard for the Texas Museum of Justice and Punishment. From each, the doomed man’s eyes grew a millimeter around – or so it seemed – in nervous anticipation of his grisly date with the end of the rope. Jack thought the Museum might just be painted with a grim depiction of the hanging if his suspicions about the state of Texas were accurate. They had passed seven signs when she spoke again.

“They shouldn’t have billboards like that. It’s not funny.”

The next sign wasn’t for another ten miles, but her point was obvious.

“Why not? That’s their thing…it’s catchy,” he said, unsure if he believed it, but tired of his tongue sitting limp in his mouth.

“And by somebody, you mean you?”

Another silence – mercifully shorter than the rest.

He snorted, unimpressed with her lack of motivation within the argument. This time of year, the sun would slide beneath the horizon in only a few more hours, and he was desperate for the type of stimulation a heated exchange might provide. Still, she failed to engage and the car was dipped in quiet tension once again. Another sign, another twenty miles.

She said it so matter-of-factly he wondered if he had missed something else she had said.

“I was this close,” she held two fingers an inch apart from one another, “it was the day you caught me.”

Without pause this time, she told of looping a belt around the clothes bar of their walk-in closet. Of connecting it to another, thicker belt and then sitting on the floor, engineering ways to form a loop at the bottom. Like solving a math problem by imagining the options in your head, plugging them in one at a time before penciling in the answer.

“At first, I just wanted to feel the belt around my neck – the pressure, you know? I thought it might feel good even, like walking to the edge of a cliff and then stepping back. But each step got easier. It just felt very natural – like following instructions.”

“Well, what stopped you?” he said with an edge he hoped hurt.

“We only had Post-Its. Nothing large enough to leave a decent note on.”

He was oddly moved by the thought. Another sign flashed by, the last of the 20-mile sentinels.

“I didn’t want Mark to think it was his fault.”

They made El Paso at half past five, and Jack skipped every exit.