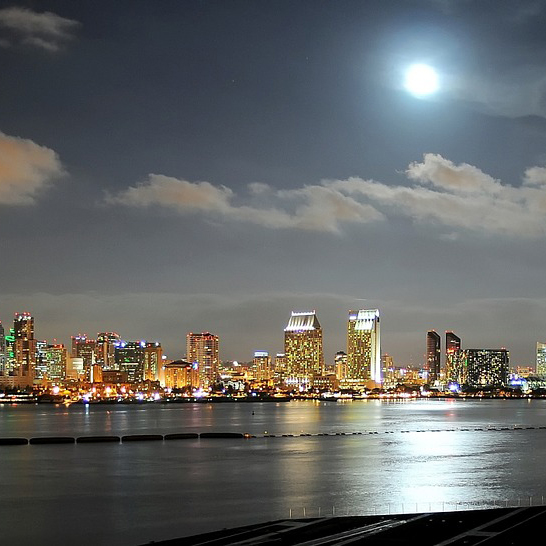 The first time it happened, she woke crying in the way babies do – with their mouths not their eyes – making wailing noises and her back heaving with breath. She was naked above the covers, and for a moment I laid silent next to her in bed, watching her ribs swell and contract in the moonlight but unable to speak in the presence of her terror. I reached for her, still voiceless and pressed a hand against her back, which was hot and slick with sweat. I found my voice tucked under dual layers of sleep and alcohol and asked her what was wrong. She said, “It was you, you hurt me so bad.” I pulled her to me, kissed her forehead the way good fathers and great boyfriends do, and I told her it was only a dream but again she said, “You hurt me.” So I held her closer and tried to say soothing things, but the only thing that came out was, “No I didn’t.”

We met for the very first time at a restaurant as summer was dying. She said, “You’re tall,” which was strange because I was thinking the same about her. I reached out to shake her hand, because that’s what I do on first dates, but she was a hugging person, so we hugged in the middle of the restaurant, and I wondered if the group in the corner booth thought this was strange also. She talked about Southern California, where I have been, and New York where I have not been. She said she was a singer, but her voice was broken. I said I would bet she could still sing, and she blushed, but I’m not sure now it was a compliment or even a very clever thing to say. Twice – once when the bread arrived, and once in the middle of a story – her feet touched my leg under the table and I felt the slickness of her heels against the cuff of my jeans, which I found both wildly erotic and somewhat meaningful, and when I kissed her a week later on my birthday, I thought about denim and patent leather.

Her family visited after the holidays, and she made me promise not to fuck her sister. Her mother had the red hair my grandmother would have called “bottle-fed,” and she spoke with a tremor in her voice, as if everything she said was wrong and she was waiting to be crucified for it. I assumed her husband must be an asshole, which would explain why his daughter was single at thirty and why his wife spoke with all the collective force of fog. But he was kind, and asked questions about local architecture and my future in writing. We talked football, but his team was terrible and mine was good, and there was no common ground to be had. After a week, I drew them a napkin sketch of the quickest way to the interstate and only fucked the appropriate daughter at the appropriate times, but I thought about the other one enough to excuse her original concerns.

We started to argue about things – silly things – like who had slept at which house more often, and why my friends don’t like her. Her friends didn’t like me either, but that wasn’t sporting of me, so I lied and said mine liked her just fine. Which they may have, although I never thought to ask. We went dancing, and hiking, and painting together because it was fun. But the fun was only meant to balance the bad things, which made it not fun, so the scales remained uneven. Then she started having the dreams, and I started having the moods, and Valentine’s Day came and something broke, but it wasn’t the sex. And that made things “complicated.”

It happened again a week after the first time. The same infant squall, the same lunging breaths, but different this time because she talked about a knife. “You are going to hurt me,” she said, repeating it slowly three times, with an emphasis on a different word each time. And I nodded silently behind her back, because I was going to hurt her. I’d been planning it for a month, but there would be no knife, and there would be no attack. We had fallen asleep with the window open because I was hot, and when I held her from behind with my hands linked in front of her chest, I felt each of her nipples against my wrists, stiff from the night air. She squirmed closer to me, burrowing into the concave spoon of my body until we were glued together from our feet to our necks, and I noticed we were the exact same height because I am tall, and she is tall, and together we are tall, but now she is tall alone. I assume she wakes up crying sometimes still, but the window is shut.