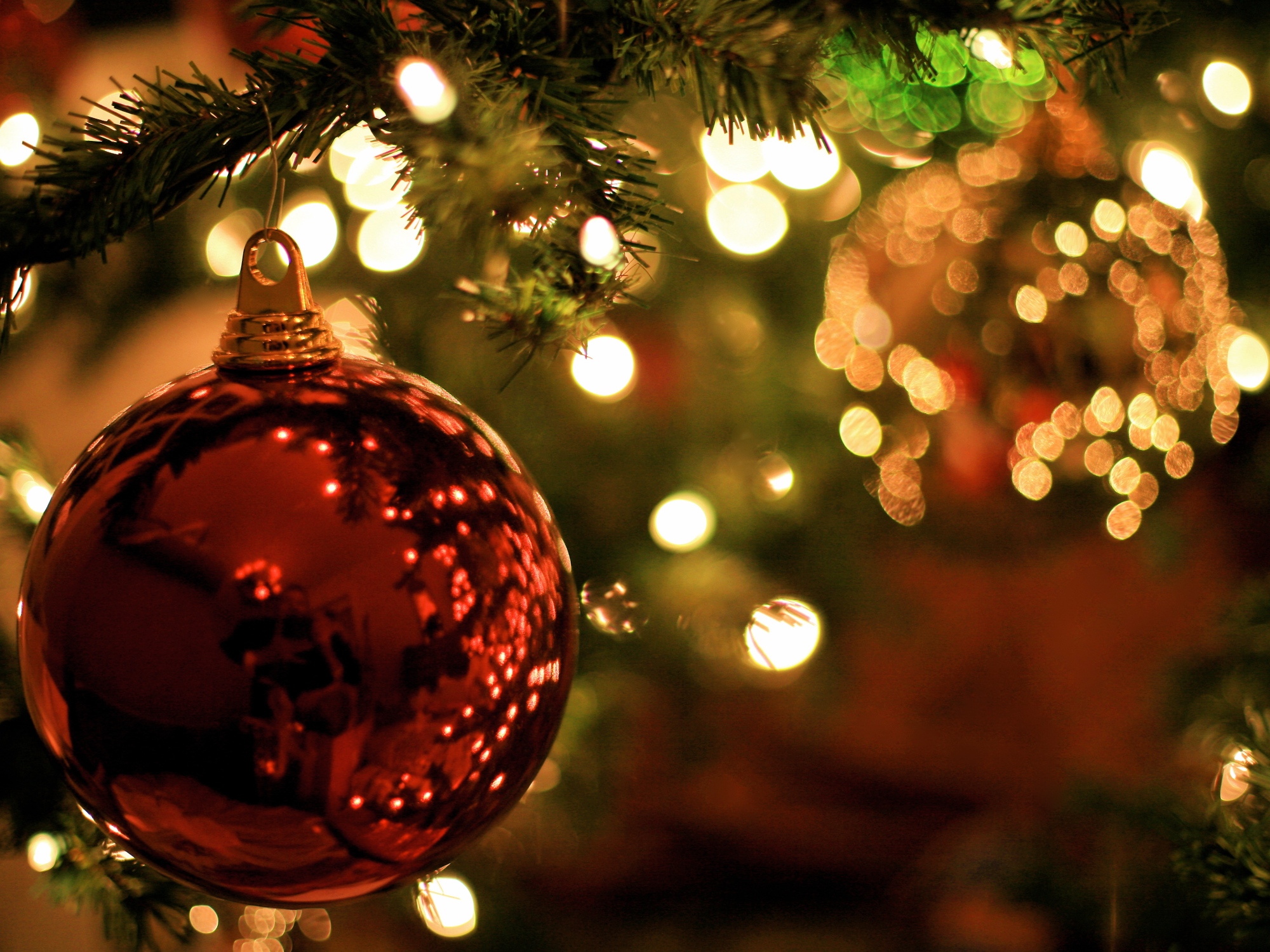 Lyle Lincoln had been drinking bourbon eggnog since Mass let out at 10:30. His eyes hung low in his skull and he hadn’t moved from the recliner in hours. The tree’s lights glared on the television, while Western Kentucky exchanged sloppy touchdowns with Fresno State in whatever corporate bowl game the network was trotting out. Susan had been in the kitchen off and on since the night before, swapping pies and side dishes in and out of the oven and poking at the roast.

“Sue!” he shouted from his chair, “Where the hell is your family?”

She didn’t hear him – or pretended not to. Her brother’s family was an hour and a half late from Ogallala without so much as a phone call, and Lyle hadn’t eaten anything all day but the Body of Christ. His shouts falling on deaf ears, he finally snapped the chair’s leg rest shut and launched himself to his feet. He’d barely made it three steps into the kitchen when Hell’s fury came crashing down around his ears.

“Goddammit, Lyle. If you say one fucking word about my family being late, I’m giving the roast to the dog.”

He blinked dumbly, struck speechless at the preemptive strike. A small tentacle of smoke was swirling its way out of the corner of the oven, and she was wrist deep in a sink full of pots and pans. Her hair was stuck to her face in clumps. He took mercy on her ragged form.

“Easy, Sue. I’m just topping off my drink,” shaking his empty tumbler at her, “no need to bite my head off. It’s Christmas for Chrissake.”

“Oh no, mister. No more eggnog. You’ve had half a gallon already; you’re going to get sick.”

She wasn’t exaggerating. The punch bowl in the fridge was reaching dangerously depleted levels.

“Fine then, what else do we have? A man deserves a couple drinks on this, the day of our Savior’s birth.”

“A couple, Lyle. Not a couple dozen. Go tinker around in the garage for a while and dry out before Steve and the kids get here and you’re a puddle on the floor.”

Lyle fumed. He was far from sober, but he was clear enough to realize the folly in messing with power tools in his current state. He eyed the wine rack atop the refrigerator, needing a distraction.

“Your roast is burning.”

Sue turned from her washing and spotted the smoke, letting loose a torrent of swearing. While her back was turned, Lyle snatched the first bottle of red he could get his hands on.

“I love you!” he shouted as he bolted out of the kitchen with his prize.

He waited anxiously to see if she’d follow, before settling back into his chair just in time to see Western Kentucky shank a field goal and miss out on whatever stunningly mediocre prize was in store for the winner. He peeled back the foil on the neck of the bottle before realizing he hadn’t managed to abscond with a corkscrew. Not risking another trip into the maelstrom, he weighed his options and took at the stopper with a ballpoint pen for the better part of fifteen minutes. He poured himself a stout helping of cabernet, speckled with inky bits of cork and set about flipping channels mindlessly. After several glasses, his peace was interrupted by the dog barking in the yard and Steve honking merrily on the horn of his ’97 station wagon.

Lyle again pried himself from his chair and watched out the window as Steve’s family piled out of the car and trudged through the snow. His brother-in-law, weighed down with an armful of gifts, stomped into the foyer, shaking snow from his boots. Close at his heels were his wife, Michelle, and their four-year-old hellion, David. Michelle carried the family’s newborn, Angela, who had been born on Halloween.

“Oh I’m so glad you made it!” Sue exclaimed, hugging Steve and kissing David on the top of his head.

“We would have been here sooner, but we stopped for hot chocolate in Bayard,” he grinned, freeing a hand and extending it to Lyle, “Phew, Lyle. You smell like a vineyard! Full of holiday cheer aren’t you?”

Lyle cussed him under his breath, but managed a wine-tinted smile and cheery greeting. Michelle rolled her eyes and planted a kiss on Lyle’s cheek, making his ears burn a bit at their tips.

“Oh and this must be Angela!” Sue said, stepping past her husband and taking the baby into her arms, “We’ve heard so much about you, Precious. I’m your Aunt Susan.”

The three gushed over the baby while Lyle stood to the side and swayed on rubber legs. David ran past into the living room to inspect the bounty under the tree. Sue, finally noticing her brother struggling with the presents, made a move to help.

“Here, take the baby while I get these two inside,” she said, pressing the child into Lyle’s unsteady arms.

The two eyed each other suspiciously. The infant stared at Lyle with doe eyes, wrapped snuggly in pink one-piece pajamas. Her fat cheeks and bump nose were tinted red, and she gurgled slightly while they stared. A tiny, mistletoe beret was clipped into a clump of her short, silky hair. He rocked her slowly, and kissed her forehead, which made her coo in his arms. Lyle felt his animosity for his in-laws melt as he held her, and a warm holiday glow began to build in the pit of his stomach. The feeling grew and grew until he was overwhelmed with the spirit of the holiday, and he felt he’d never be able to hold it all in. He was right.

Lyle burst forth with red wine and eggnog, covering the baby in vomit and effectively ruining Christmas.