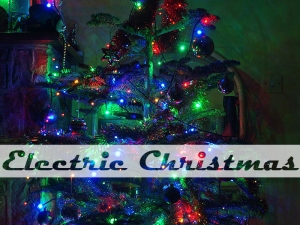 The last time I saw her, it was Christmas – a company holiday party at a fancy resort. She wore a black and white dress, black stockings and black heels, but somehow managed to look festive. I invited her along as a last chance for the both of us. There had been many times I told myself I didn’t love her, but the thought didn’t cross my mind once that night. We got lost on the way to the party.

There was an open bar in the corner and a few employees had already begun to dip in a bit too heavily. I was driving and she seemed uninterested in anything more than a couple glasses of wine, so we toured the room instead. I introduced her to my bosses and my bosses’ bosses; I like to imagine their satisfaction at knowing I did indeed have the gumption to produce a pretty girl from the woodworks. We snapped photos in front of an ornate tree, forgetting to take off the sharpie nametags we given at the front door. Her eyes darted around the room with curiosity in them, but she seemed comfortable.

Finding our seats for dinner we were greeted by a handful of faces – most of which I did not now. We made small talk and I tried my best to keep her engaged with the inside jokes and workplace humor. Once or twice she whispered sarcastic observations she knew we would both enjoy. Our table was the last to get called to the buffet line; by the time we sat and began eating, people were already trickling onto the dance floor. I asked if she wanted to dance and tried not to act relieved when she said no.

At one point, I got pulled away to another conversation on the other side of the dance floor.  When I returned, she was standing, talking to a man that had gone to our alma mater. She was perched on one heel, letting the other rest against her calf. Her arms were wrapped around herself, and her head was tilted to the side – trying to decide whether she liked the man or not. I studied her from across the room and tried to remember the first time I had met her. We were in college, and she was dating a good friend of mine, but beyond that I couldn’t remember a time before her.

I interrupted them and suggested the two of us explore the main hotel, two miles down the road. She smiled and I collected her coat.

The hotel is famous for its lights. Each November, crews descend on the campus, wrapping every branch of every tree in lights; they made her eyes sparkle as we approached the main building. Inside, it was quiet but lively. I bought hot chocolates in the lobby and we set out through the halls. Among the marble corridors, we passed trees trimmed carefully and gingerbread houses large enough for children to play in. Eventually we found an empty ball room, dark, but with Christmas music still being piped in. We danced in slow circles and talked about our futures. She said she didn’t know what hers held. I told her I’d probably be dead by 35.

When I dropped her off at her car, it was snowing and wet slush was pooling in the lot. I stood next to her at her car and tried hollowly to get her to stay the night, but her mind was made up. I kissed her too quickly. A small groan escaped her lips – not a sensual groan. It was the sound of getting socks for your birthday.